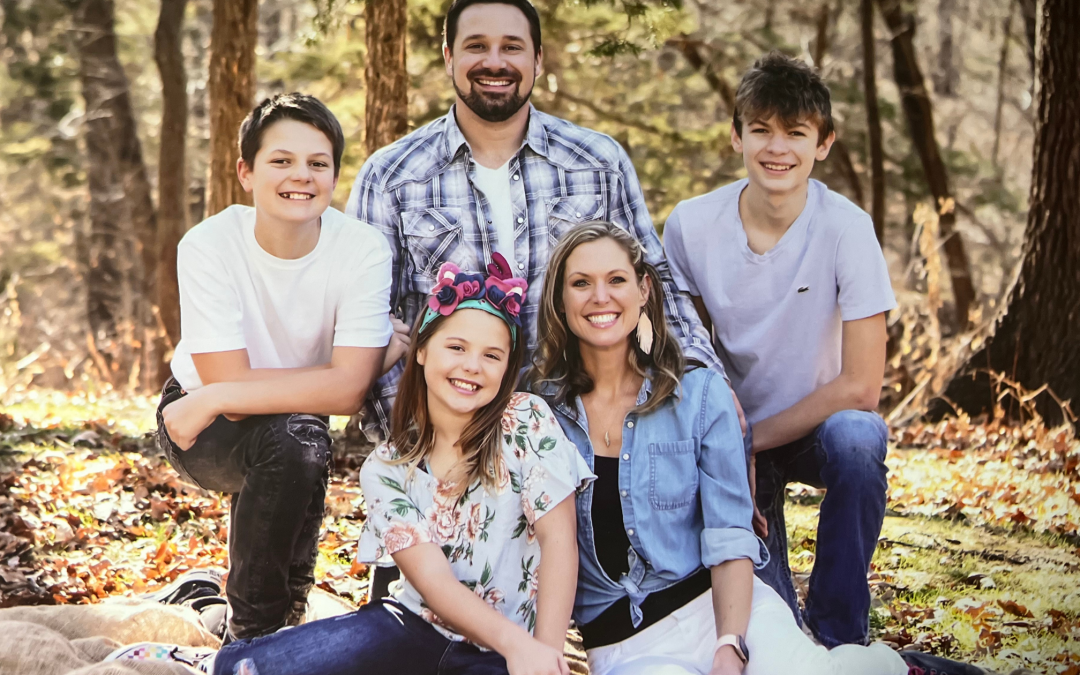 For Piper and Josh Larson, their move to Louisville has not only brought bountiful smiles to their faces, but it has brightened up the community in more ways than just a visit to the dentist to get the pearly whites shined up.

Both originally hailing from Northern territory, living in Louisville was never on their radar, both professionally and personally.

But their plans changed when a fateful house listing on Facebook kept popping up on Josh’s feed and eventually drew them in.

Through mutual friends, Piper met Josh at a house party he was throwing. And during a fantastic karaoke rendition of Wonder Boy in which Josh was signing lead and backup, it was love at first sound and the rest is history for the couple.

After they graduated, Josh dove into his career in IT, and Piper had dreams of medical school. They married in 2003 and immediately moved from Fargo to Omaha, NE when receiving news that Piper had been put on the waitlist at Creighton University’s Medical School.

Within two weeks of landing in Omaha, Piper found a job at a healthcare tech company and immediately fell in love with her unexpected new career path. Through her five-year tenor at the company, her zest for a life in medicine lessened as she and Josh started their family.

However, her passion for healthcare and treating patients never wavered. After soul searching, praying, and evaluating; Piper decided to go into dentistry. The path to becoming a dentist was conducive to her growing family yet still served her heart and love of medicine.

She attended the University of Nebraska Medical Center (UNMC) for dental school and after four years of education, she embarked on her dental path as Dr. Larson. While pursuing her education, Josh also worked in tech and made the move to LinkedIn, where he has now been for 14 years.

As Josh’s career in IT began to soar and Piper’s path in dentistry came to fruition, their family size also reached new heights with the blessing of their third child. There’s never a dull moment in the Larson house between their two sons, Westyn, 17, Coltyn, 14, and their darling and very spirited daughter Noelle, 12.

But what about that pesky Facebook house listing Josh kept seeing on his feed?

Piper and Josh were in search of houses to accommodate their family, including two dogs and two cats, and they were in desperate need of more space. Their home search was for Omaha. Yet this house in Louisville kept getting served up to Josh’s feed. The house piqued the Larson’s interest but the price point kept them from inquiring. 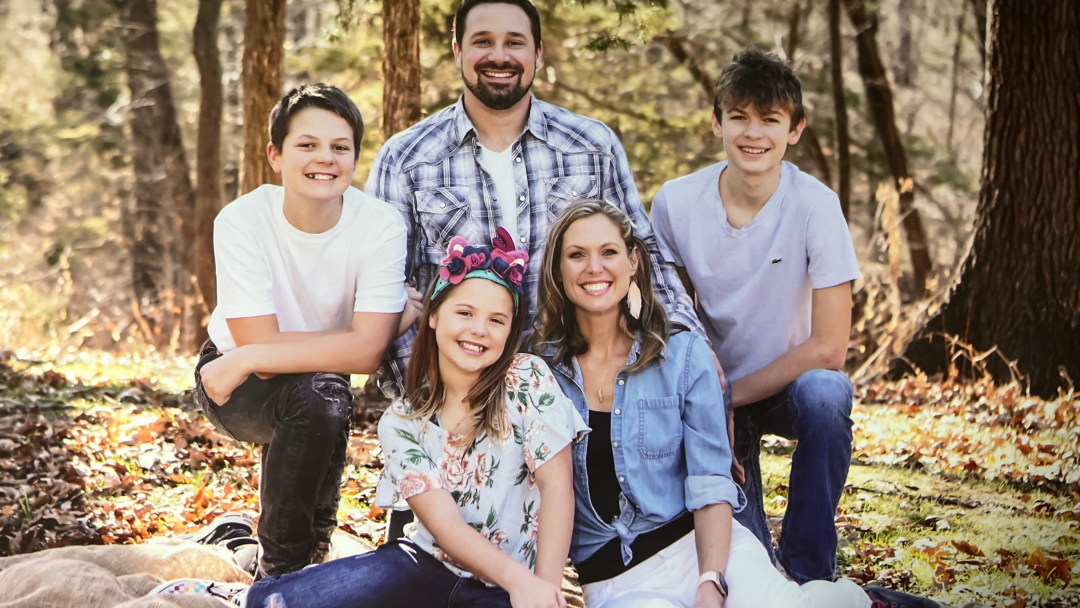 Weeks kept going by and the same house continuously popped up on his feed. And one day he noticed the price had dropped and it had fallen into their budget. This was a sign. How could it not be? After a call to the realtor and one tour of the house, the Larson family fell in love, and from that moment in the winter of 2016, they called Louisville home.

Their close family and friends had some doubts when they heard the news of the move to a small town because they said Piper was a city girl. But Piper fondly says she loves it and can’t see herself anywhere else.

Piper and Josh had always wanted their kids to attend and be in a smaller school system so they could try different sports and hobbies without picking a lane and specializing at a young age. The decision to move their three children to the Louisville school system was solidified when the principal at the time, Cory Holl, gave the Larsons a tour.

Cory was thorough and patient with Piper and Josh as they asked many questions and received comfort that this was the right decision for their children. Piper and Josh felt confident and knew it was exactly where they were supposed to be.

Despite not knowing a single soul, when asked how they knew Louisville was meant for them, she said “it just felt like home immediately. It sounds weird because we didn’t know anyone, but it truly was meant to be.”

“it just felt like home immediately. It sounds weird because we didn’t know anyone, but it truly was meant to be.

And that feeling was affirmed while they were moving in on Halloween night as they were greeted by neighbors and welcomed with open arms. Their best friend, Justin, was one of the very first people to stop by and introduce themselves. That night was a testament to the Louisville community and how warm and friendly it truly is.

Josh recalls “people were so welcoming and opened their hearts and arms to our family.”

“People were so welcoming and opened their hearts and arms to our family.”

From that day forward, the Larson family has immersed themselves into the community; both personally and professionally. For the past 6 years, Josh has coached basketball, football, and baseball and feels blessed to have met so many families through Louisville athletics. “It’s been a beautiful and amazing whirlwind,” Josh fondly said.

And Piper has helped with the Louisville high school Cross Country team for three+ years. A former marathon runner and lover of running, Piper fondly said “running is exploring the world one step at a time through running marathons.”

The couple is also involved with a variety of events, activities, and initiatives that involve the Louisville Main Street Business District. Their dental practice sponsored the 3 vs. 3 basketball tournament during Dynamite Pete Days and has been involved with the event committee. Piper and Josh are willing and happy to help in any way they can.

Outside of those activities, the Larson family attends Christ Community Church, where they give of their time and treasures.

On the professional side of life in Louisville, in August of 2018, Dr. Piper Larson took over Louisville Family Dental, the only dental office in town.

Since new ownership, the business has grown tremendously and they are honored to serve the citizens of Louisville with state-of-the-art technology and customer service.

A cosmetic facelift also happened to the office as Piper renovated the aging building. It was important that the office did not feel stale and sterile. She wanted it to be an inviting space with a house-like feel. To create a place where every patient feels warm and safe. And that is how she treats her patients, like family.

And that mentality and thought process are why working in the community they live in has been wonderful for Piper and the Larson family. They have built great relationships with neighboring businesses and work closely with the medical clinic and pharmacy, both located on Main Street. When community events and festivities are held on Main Street, all the business owners work together to get the windows of their store fronts ready and are always willing to contribute in any way to community activities.

Piper attributes much of her practice’s success to the fantastic relationship she has with the City of Louisville.

They are working on an expansion, and that would not be possible without the advisement and guidance given to them by the City of Louisville. There have been plenty of problems to work through, which is common when dealing with old structures, but the City has been right by their side every step.

When asked what’s the biggest piece of advice they would give to new businesses looking to plant roots in Louisville, Piper simply said “relationships matter.

“To know, really truly know your customers, clients, and neighbors. Let them become a part of your family.”

Do you love Louisville as much as we do? Drop us a note with suggestions for our next spotlight story!