Farming and Family; Six Proud Generations of Pankonin in Louisville 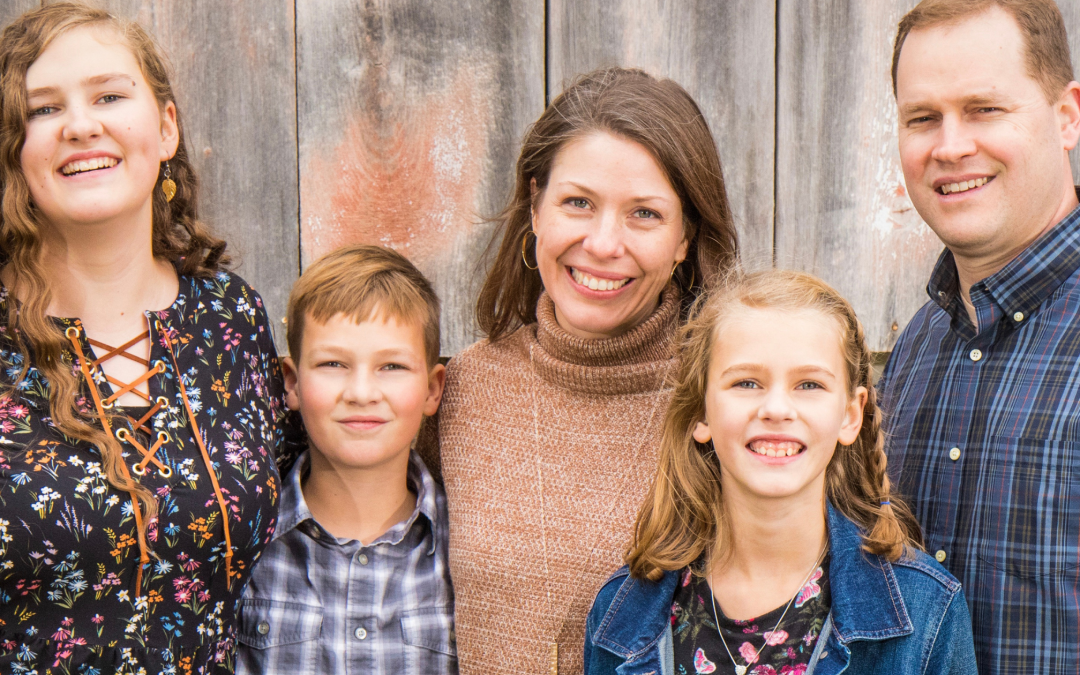 The last name Pankonin is synonymous with Louisville, Nebraska.

Paul Pankonin’s family has called Louisville home since 1880 when his great-great-grandfather planted roots in the rural community. When Paul was asked about his family’s history and long-standing commitment to the city of Louisville, his voice beamed with pride and humility.

Paul, and his wife Johanna, are raising the sixth generation of Pankonins and they do not take that legacy lightly.

Pankonin’s Inc., a farm equipment dealer located 20 minutes south of Omaha, has proudly been serving area farming operations and acreage owners since 1883. Family-owned and operated since its inception, Paul is now the 5th generation Pankonin running the business alongside his father, Dave. Paul is President and Manager and as his dad’s right-hand man, involved in every aspect of the business.

While the career path for Paul seemed very obvious, his dad, Dave, encouraged Paul to move and work somewhere else. Paul graduated from the University of Nebraska Lincoln in 2001, and in 2002 moved to Colorado Springs for work. Little did Paul know that moving to Colorado would be monumental and lead him to Johanna. 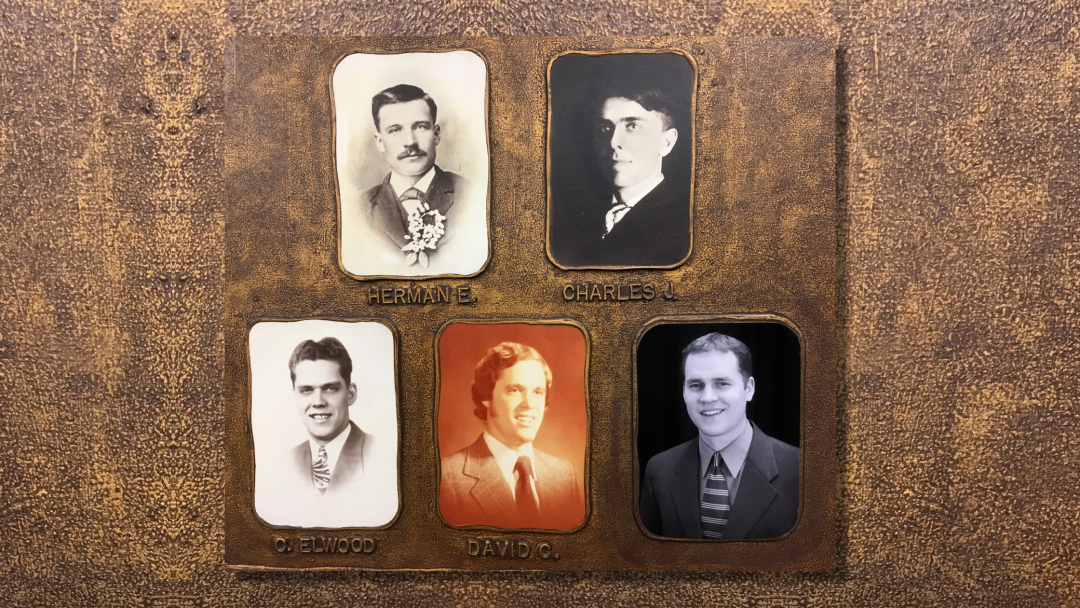 Johanna hails from south Kansas City, Missouri, and attended John Brown University in Arkansas, earning a Bachelor’s of Education. Like Paul, a post-college job teaching 7th-grade science took her to Colorado Springs. After one year of teaching, her heart was being pulled in another direction which led her to Focus on the Family, a Christian Ministry organization where she began a career in the world of publishing.

In 2002, the two met in Colorado while attending a church group and blazing a trail as young professionals in Colorado Springs. Johanna likes to say that she was out there for 4 years and Paul was out there just 18 months and says “the Lord just brought him out there to meet me” she jokes.

Paul had plans to stay in Colorado longer, but changes taking place back in Louisville brought him home sooner than expected. At the time, Paul and Johanna were a question mark, as she says, so she opted to move back home to Kansas City to be near her family and sister who had just had a baby. Once home, she went back into education.

As a young couple, they found the long-distance relationship was no match for the love they shared. They became engaged in 2004 and Johanna moved to Louisville. Paul and Johanna married in 2005, and had their first daughter, Anne, in 2006. Whew, talk about a whirlwind of three years!

After settling into their new life in Louisville, the couple expanded their family and had son Tyler and their youngest daughter, Abigail. Paul was fully committed and invested in the Pankonin family business, working alongside his dad and mom, who for many, many years was the bookkeeper of the business and no doubt the keeper of everything else. 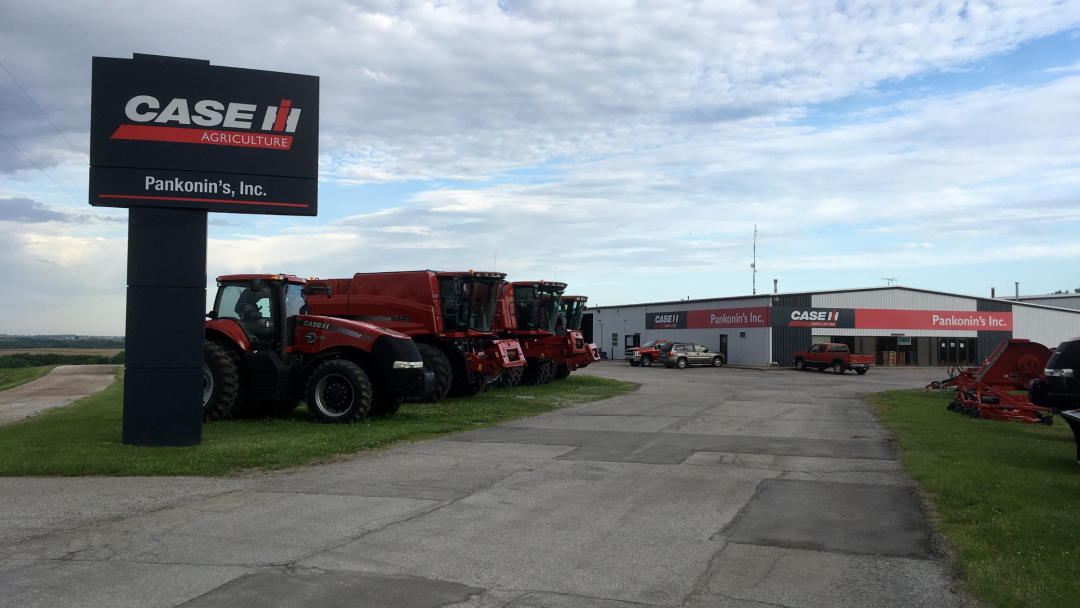 Johanna was called to be a stay-at-home mom and also homeschools all three children, now ages 15, 13, and 11. She calls herself a “Domestic Engineer” and after hearing all she, Paul, and their kids are involved in, the title is certainly fitting. From the 4H Robotics Team to Cub Scouts, to piano and dance, from the youth track club to the Missoula Children’s Theater, the Pankonin family is not short on extra-curricular activities and community endeavors.

For ten years, from the comforts of her garage, Johanna has been leading the 5-Day Club, which is a summer program hosted by their church. During the school year, she is also involved with an after-school Christian Youth Group program for elementary students called the Good News Club, led by her daughter Anne and Pastor Ryan & Joy Folken along with their kids Sydney & Isaiah.

Following in mom and dad’s footsteps and their hearts for serving, all three Pankonin kids have been involved with Teen Serve. This program provides a monthly activity for homeschooled youth to serve the elderly in their community with yard work and home projects. Johanna believes that this program has helped sweet seniors in Louisville to remain safe and healthy in their homes while also providing peace of mind knowing tasks and chores are taken care of.  As a bonus, Johanna says it puts that teen energy to good use!

Faith and family are of the utmost importance to the Pankonin family and are the two beacons that guide them, both personally and professionally.

The Pankonin family is highly involved on a leadership level with the Louisville Food Bank through their church, Louisville Evangelical Free. On January 1, 2020, the congregation moved from their Sunday morning rental space at the community center to their new home in the oldest Christian church in Louisville, which was built in 1903. The Louisville Food Bank has called that church basement home since it began.

Johanna and her fellow church partners did not hesitate to continue serving and jumped in immediately. The congregation built the extra shelving that was needed. They also implemented a system to better organize and catalog food by expiration date. But the work to grow and serve their local Food Bank did not stop there.

Johanna wanted to ensure those who needed help knew where to go. In order to bring as much public awareness to the Food Bank, she began posting on Louisville buy, sell, trade pages and local Louisville bulletin boards on Facebook to promote and share the service. Since this initiative, she has seen an uptick in families utilizing this service. Johanna has found joy in using her publishing and marketing skills to good use, as it aligns her heart for serving with her creative soul. At her core, she loves meeting people, hearing their stories, and helping others in any way she can.

The community has also rallied around the Food Bank and its new leadership. DJ and Lindy Schmidt, owners of The Market, have a box in their store on Main Street where people can donate to the Food Bank. For his Eagle Scout project, local boy scout Caleb Thieman built an outdoor heated food box that allows people to have hot meals 24 hours a day.

Not only was the congregation gifted their new building, but they were also given funds for remodeling, a sound system donated by another church, stackable chairs gifted from another, and so much more. “This generosity speaks to the midwest, small-town spirit. And not only to that, but to just how much God cares for people and that the Lord wanted to see it continue as a church” Johanna said. 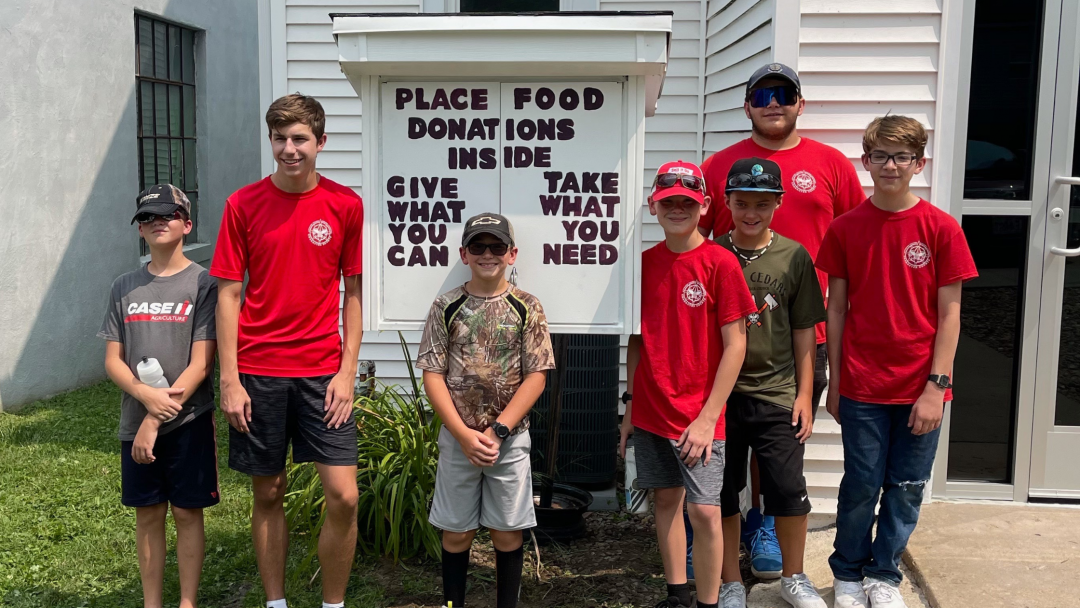 Professionally, the Pankonin family businesses have made a tremendous impact on the Louisville community.

The Pankonin family previously owned Home State Bank, with Paul’s great grandfather, Charles Pankonin, serving as the first president of the bank. The family sold the business in 2015.

However, Pankonin, Inc. still remains a pillar in the community.  Since 1883, it has profoundly impacted generations of Louisville residents and surrounding areas, providing hundreds of jobs and serving farmers all over the region. The Pankonin family proudly and humbly works and lives where decades of their relatives have devoted blood, sweat, and tears.

Professionally, the Pankonin family businesses have made a tremendous impact on the Louisville community.

For Paul, what is unique about the ag and farm equipment business is that their customers are multi-generational too. “You develop a long-lasting personal relationship with them and we take it seriously that they depend on us and our equipment to plant and harvest their crops. It’s a mutual bond of dependence and respect. If our customers aren’t successful, then we’re not successful”.

Pankonin employees are also multi-generational, many having had parents and grandparents once on the team. A lot of their employees have been there long before Paul even came on board, some having been at the dealership for over 40 years. As business owners, their goal is to serve the community the best they can, to treat employees well, to be a good place to work, and to provide value to the farmers and their neighbors in Louisville.

While the farm equipment business and agriculture industry has gone from horses to satellites and things have certainly evolved and changed, Paul is grateful for the customers they have and who have bought from them for generations.

Paul feels blessed to have been involved in the business community for so many years. From the stories of old times from former clients and employees, one thing is a constant at the heart of every tale, and that is the love for this community. Though much has changed in the city of Louisville in five generations, it is quite special to be a part of history and make an impact on the future.

“I love Louisville because people know and care about their neighbors,” Paul said. “You can go to The Market, and you personally know DJ and Lindy. The same is true with any other local businesses, you just know the owners and they know you. It’s a special thing to live in the community you work in and have the pleasure to do business with.”

“The local business community is amazing. If you want to start a business in Louisville, you’re joining a team of people who are building each other up.” Johanna added.

Louisville is a place where you can build great relationships. The strength of the community comes from the people. When local businesses encourage and support each other, the spirit of working together shines through and is what makes Louisville so great for business and for people. It’s an atmosphere of not just shopping at one store, but the act of giving patronage and supporting the whole community. The power of shopping small and keeping local alive is woven deep into the Louisville community.

“Having a vibrant main street is very unique and important and what makes Louisville so great.” ~ Paul Pankonin

While many small-town Main Streets are dying, the heart and soul of Louisville is thriving with many different types of businesses. Paul noted, “Having a vibrant main street is very unique and important and what makes Louisville so great.”

Like other families we’ve featured, The Pankonins love Louisville. And that love strengthens the community.

Do you have a suggestion for our next Love Louisville story? Do you know someone who shows Strength in the Louisville Community? Please send us a message!