For the Quam Family, Their Love for Louisville Starts With the Schools 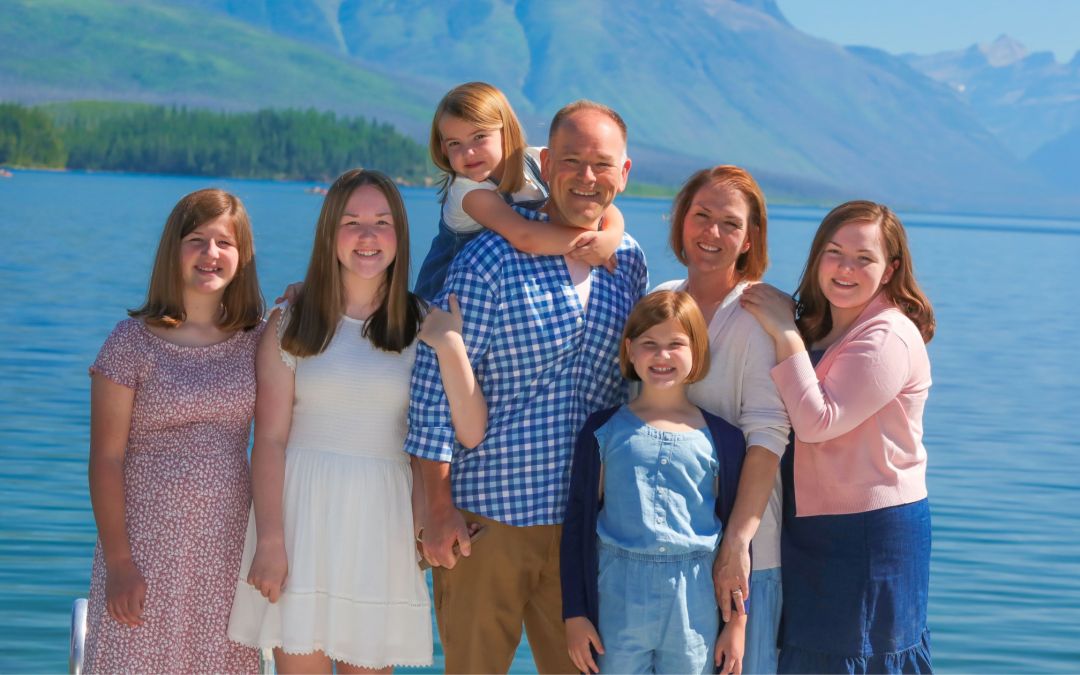 The Quam family hasn’t always called Louisville home, but for six years now, their roots have been planted down deep and their future grows here.

Erik is Wisconsin bred and hails from the popular tourist area of Door County. He attended the University of Wisconsin to pursue a Bachelor’s Degree in theater and broadcast journalism and then earned a Master’s in Fine Arts and Musical Theater from the University of Minnesota at Mankato.

After his higher education journey ended, Erik, along with a former professor from Door County, opened a dinner theater in the trendy tourist town. His love for theater led him to meet the love of his life, Sara, who happened to be the box office manager at the dinner theater.

Sara is from the Milwaukee area and earned her undergraduate degree in US Government and History from Lawrence University. She was looking for a part-time job to make some college cash over the summer and knew of Door County being a hot spot and major vacation destination in the warm months, so she set her sites on employment there.

Over the course of the summer, their friendship blossomed into romance, and after two years and summer breaks of working at the dinner theater, they knew it was time to get serious and take the next step.

Shortly after moving to Minneapolis, the couple went back to Door County where their box office love unfolded, and got married in 2003. Minneapolis is where Erik began his 25-year career in the children’s toy industry began and Sara embarked on a career in supply chain management and vendor relations.

After more than a decade in the Twin Cities, it was Erik’s tenured time in the toy world that brought the family to Omaha in 2010 as he started a new chapter in his career with Fatbrain Toys. And Sara elevated her career at Oriental Trading Company and continued to expand her expertise in the world of supply chain, inventory management, and vendor relations.

She worked at OTC for a number of years and truly loved what she did, but did not love being away from her young and growing family. Erik and Sara have five girls, so traveling to China every quarter for 3-week stints began to take a toll on Sara’s heart.

She parted ways with OTC, and after one other stop along the way, she found the job of her dreams in 2021 as the Director of Procurement for Scooters. She is thrilled to be a part of a growing yet humble and kind company. And Erik is now the President of Magformers, the industry leader in magnetic building toys for children.

What started as one young love in Door County and two baby careers in the Twin Cities, has blossomed and evolved into a passionate and driven couple who truly love what they do. But nothing comes before family.

“As we’ve grown in our careers, it’s important for our daughters to see us working hard and to be an example of work-life balance,” Sara says.

But showing that example proved to be challenging during the early years of living in West Omaha. Between fighting the daily commute and traffic grind, and fending off the unending pressure to keep up with the Jones; Erik and Sara knew they needed a change for their family.

One day, Erik, who has always had a passion for theater, auditioned for a play at the community theater in Manley, NE. As he was driving to and from, he loved the wide open space of Cass County and began to think that this was where the Quam family needed to be. Ultimately, Erik and Sara did not want their kids to grow up in an entitled environment and to feel like they needed things to be happy. Erik grew up in a rural area, so the notion of moving out to the country was an easy choice for Erik. And Sara embraced this new chapter.

“We wanted to be able to stretch ourselves and not touch our neighbors, to have space, and to not constantly feel that we had to keep up with the status quo,” Erik shared.

After what ended up being a fateful drive to Manley, Erik began researching cities and towns in Cass County. They were exploring all directions and areas outside of West Omaha, but with having five kids, before they even looked at land, they visited the schools. And after one visit to the Louisville school, they were sold.

Sara fondly says, “the school made us fall in love with Louisville from the moment we walked in the building doors.”

The Quam family was welcomed with open arms, the principals and administration answered a million of Erik and Sara’s questions, and treated the family like they were already members of the community.

Then They Started Looking for a Place to Live.

“From day one, the schools have felt like family,” Sara says with a fond sentiment.

Not only were their five girls received with such kindness and friendship, but so were Erik and Sara by other parents and Louisville residents.

Erik emphasizes the fondness, saying “We’ve been here 6 years but it feels like we’ve been here for a lifetime. The values of the community are tangible and evident by the grace and warmth given to us and others.”

This is a testament to the wonderful and welcoming culture of Louisville and why the Quam Family has been beyond fulfilled and content living their lives there.

Eva is a Senior, Beatrice is a Freshman, Matilda is in the 7th grade, Olive is in 4th, and Willa is in 2nd. Erik and Sara love that their girls are in the same building together and can see each other throughout the day. This embodies the intimate, family culture that makes Louisville and the schools so special.

So it’s no surprise that with all five girls in the Louisville school system, Erik and Sara are heavily involved with the schools and their kids’ various interests and activities. Which has led Sara to run for Louisville Public Schools Board of Education.

Sara was on the HOA Board for their subdivision and loved being involved with projects and seeing them through to the end, making an impact on the community. So with having 5 kids in the school district, she naturally shifted her passion and skills for project management and improvements to LPS. Her hope is to take years of her business experience and bring it to the school board.

“We have 5 kids that all have unique needs, interests, hobbies, and personalities; so I want to help other families and make sure their children’s needs are met, too,” Sara states.

“My hope is to have a future for our schools that include more avenues for trades, hobbies, and career paths that will expand on and embrace all kinds of interests for students in Louisville Public Schools,” says Sara.

As Louisville continues to grow, she understands how unique and special their school is, and wants to protect the culture and values, yet still provide for all kids and their future.

For Erik, who is in his 4th season as the head coach of the One Act play production, making an impact on students and their future is also a passion he shares with his wife. Outside of his career in the toy industry, Erik has always had a talent and love for theater and has done it on the side for over 25 years, either in a directing or acting role.

He has performed in many shows, including “Chicago”, “Hairspray”, and “Drawer Boy” at the Omaha Community Playhouse. So it was no surprise to those who know him well that he would find an avenue to give back and pass on his theater knowledge and joy for the arts.

One Act, which in layman’s terms means it’s essentially the sport version of theater. The team has 30 minutes to stage and produce a play and is judged on set, costumes, acting, props, lighting, sound, and all aspects of live theater. And since Erik’s involvement with One Act, participation has reached an all-time high, having nearly 50 kids involved this year between cast and crew, which has been his largest collection of students in four years.

Last year they won the conference championship and were runner-up at districts.

But to Erik, his role as Head Coach far surpasses what’s done on stage. Last summer, he took a group of kids and their parents to a Broadway show in New York City so they could experience the dream and what performing on Broadway means. He also takes them to shows in Omaha and gets everyone behind the scenes, so they can witness and feel the buzz and excitement of theater on all scales.

Eric emotionally shared a full circle moment when last year he had his first senior graduate and go off to become a theater major in college, who credits his time in One Act.

And his current class which will graduate in the Spring is extra special to him because his oldest daughter, Eva, is in the class and this is also the first class to go from freshmen to seniors.

Erik says “it’s really neat to witness their evolution, not only as thespians but as humans.”

But the One Act play would not be possible without the entire school. It really is a One School, One Play mentality. The journalism class puts the program together and the shop class builds the set. This collaboration and energy are another reason why Louisville Schools are unique.

The support from the community for all school activities is unlike anything else. In fact, a few weeks ago on a Saturday, the One Act team was at the school building a set, and community members showed up in droves to help the students and staff.

“The school is the heart of our community,” both Erik and Sara lovingly say.

It’s clear to anyone who lives, works, or visits Louisville that there is something truly special about it. It’s not often you see the intertwinement of community and schools.

The Homecoming parade is a perfect example of businesses on Main Street showing their support and love for student-athletes, families, and friends by decorating their storefront windows. Local small businesses often donate portions of proceeds to various school programs and groups. They are the fans in the stands at the game.

The bottom line, the people of Louisville genuinely care about one another and it’s pure gold. The Louisville community is blessed to have The Quam family.